The Sunday Times announced as media partner for the 20th Sports Book Awards. Longlist announced for Autobiography & Football Book of the Year. 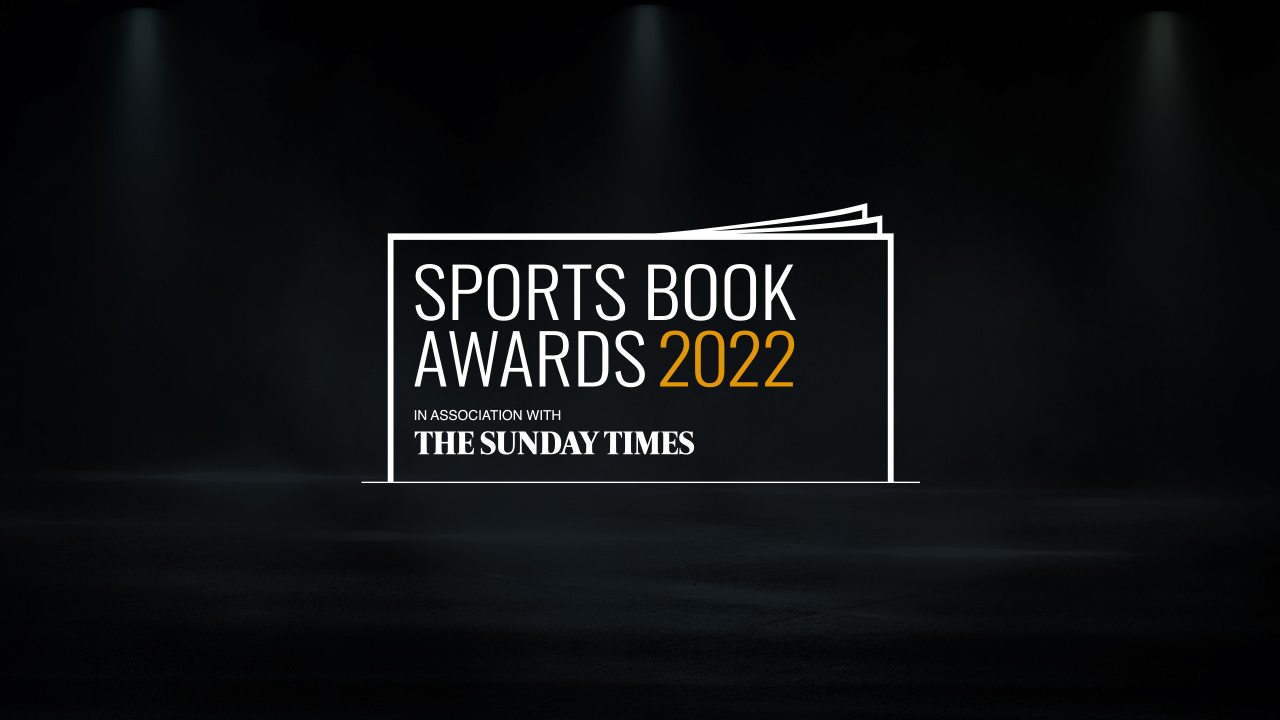 The Sunday Times announced as media partner for the 20th Sports Book Awards.

Olympic Gold Medallist Tom Daley and Alun Wyn Jones on a packed longlist for Autobiography of the Year Award.

The 20th Sports Book Awards in association with The Sunday Times will take place at the Kia Oval on Thursday 26th May 2022, following a successful 2021 event in the new Galadari Stand.

Tom Daley, the 2021 Olympic Games Diving Gold Medallist’s Coming Up for Air (HarperCollins) heads up a strong list of sporting talent in another competitive longlist for 2022. Daley’s candid and perceptive book offers a unique insight into the life and mindset of one of our greatest and most loved athletes.

Alun Wyn Jones, the legendary Wales and British Lions Captain contends in a strong contingent of rugby nominees, including former team mates in the highly combative scrum half Mike Phillips and centre Jamie Roberts. Alun Wyn Jones Belonging (Pan Macmillan) is the story of what it takes to become a player many regard as one of the greatest Welsh players of all time.

Mike Phillips Half Truths (Reach Sport) is a brutally honest autobiography, discussing his own personal turmoil that at times engulfed him and how he was able to block it all out to become one of the best rugby players in the world. Centre Stage by Jamie Roberts and Ross Harries (Hodder & Stoughton) reveals a colourful and frank account of a sterling career, of life on tour, in boot camps and with once in a generation characters of the game.

Moving codes to Rugby League Rob Burrow’s book Too Many Reasons to Live (Pan Macmillan) is the inspirational memoir of a rugby league legend. In 2019 Rob Burrow was diagnosed with motor neurone disease, a rare degenerative condition and given a couple of years to live. He was only 37, not long retired and has three children. The outpouring of affection and support for Rob has been extraordinary. When it became clear that Rob was going to fight it all the way sympathy has turned to awe.

Football’s list of nominees totals seven, including Troy Deeney’s Redemption (Octopus) - the story of a footballer who grew up on Europe’s largest council estate, where his Mum worked three jobs and his father was a notorious drug dealer, frequently in and out of prison. The book deals with how Deeney comes to terms with his turbulent past.

Paul Merson’s Hooked: Addiction and the Long Road to Recovery (Headline) is a harrowing tale of how Paul has been dealing with addiction for three decades. For twenty-one years Paul Merson played professional football for Arsenal and was one of the finest players of his generation. For thirty years Paul Merson has been an addict dealing with alcohol, drugs and gambling addiction. It’s a brave, poignant and moving account.

“I’m delighted to be nominated in the Best Autobiography of the Year category for 2022 and alongside some real sporting heroes. Many thanks to my publishing team for all of their support in helping make the book happen”

On the pitch he was a magician according to Arsène Wenger and Glenn Hoddle’s Playmaker (HarperCollins) is a delightful account of a life lead through football and an autobiography of one of the games’ most admired thoughtful and respected personalities.

Francis Benali: The Autobiography (Bloomsbury) is also longlisted. Francis Benali is a Southampton Football Club legend and a celebrated charity and endurance athlete. His story shows us what can be achieved through dedication and commitment both on and off the pitch. Through Ironman Triathlons and marathons, he has raised more than a million pounds for charity.

Ricky Hill grew up beneath the shadow of Wembley Stadium where he sold programmes at England games as a boy. Hill played over 500 games for Luton and smashed down barriers holding back black managers and devised an equivalent of the NFL’s Rooney Rule to help BAME applicants secure coaching jobs in football. Love of the Game written with Adrian Durham (Pitch Publishing) is a wonderful autobiography about an unsung football hero.

Pat Nevin never wanted to be a footballer, his future was clear that he’d become a teacher like his brothers. There was only one problem with this - Nevin was too good to avoid attention. The Accidental Footballer (Octopus Publishing Group) captures all the joys of professional football as well as the contradictions and conflicts and is the perfect reminder of how life can throw you the most extraordinary surprises when you least expect it.

Mark Clattenburg’s Whistle Blower (Headline) is the ultimate guide to what it’s really like to be in the referees’ spotlight. His book takes the reader into the referee’s room, the players’ tunnel and out on the pitch to experience precisely what a referee goes through on match day.

“I attended the Sports Book Awards before the start of the pandemic and it’s a real honour now to be featuring in the 2022 longlist for Best Autobiography and alongside some great sportspeople.”

Nick Greenslade Deputy Sports Editor and a judge for the first time at the 2022 Sports Book Awards said:

“We are delighted to become media partner for the 20th Sports Book Awards. The longlists announced today showcase a very strong year for sports writing, and with so many of our readers being keen book buyers, we look forward to covering many of the titles on the lists from now until the winners are unveiled in May.”

Also announced today is the longlist for the Football Book of the Year, judged by the Football Writers’ Association. In an excellent year for football writing, the FWA have expanded the number of books selected to a record fourteen longlisted titles:

From Football To Soccer - The early history of the beautiful game in the USA by Brian D. Bunk  (University of Illinois Press)

The Immortals by Arrigo Sacchi (Backpage)

Maradona - The Boy, the rebel, the God by Guillem Balague (Weidenfeld & Nicholson)

“Every time the longlist for a prize of any kind is announced, it is customary to preface it with words such as "this year's crop is among the best that this award has ever been blessed with", or words to that effect. In fairness, these words are almost always meant truthfully, as we have indeed been blessed with a number of outstanding books ever since the inception of the Football Book of the Year Award. Some vintages were better than others, but none has been a dud. But then, there are the exceptional years, and 2021 was one of those. The sheer volume of books which the members of the FWA jury felt deserved to be included in its longlist explains why, for the first time, it was thought necessary to expand the number of selected titles to the maximum of fourteen, and this, after long discussions had taken place.

The variety of the longlisted books is also indicative of a publishing industry in which a 'football book' can now be so many things, be it a biography, an academical study, an essay, a history, a celebration, and even a quiz book (with a difference). Now, an even more difficult process starts for the FWA Book Committee: choose which of these fourteen books will make it to our shortlist; and, more to the painful point, which ones won't. Wish us luck.”

The longlist for the Autobiography of the Year in full:

Too Many Reasons to Live by Rob Burrow (Pan Macmillan)

Coming up for Air by Tom Daley (HarperCollins)

Hooked: Addiction and the Long Road to Recovery by Paul Merson (Headline)

Playmaker: My Life and the Love of Football by Glenn Hoddle (HarperCollins)

The Sports Book Awards in association with the Sunday Times – list of awards 2022:

International Autobiography of the Year

Children’s Sports Book of the Year

Rugby Book of the Year

Sports Performance Book of the Year