2021 Winners Announced at The Kia Oval 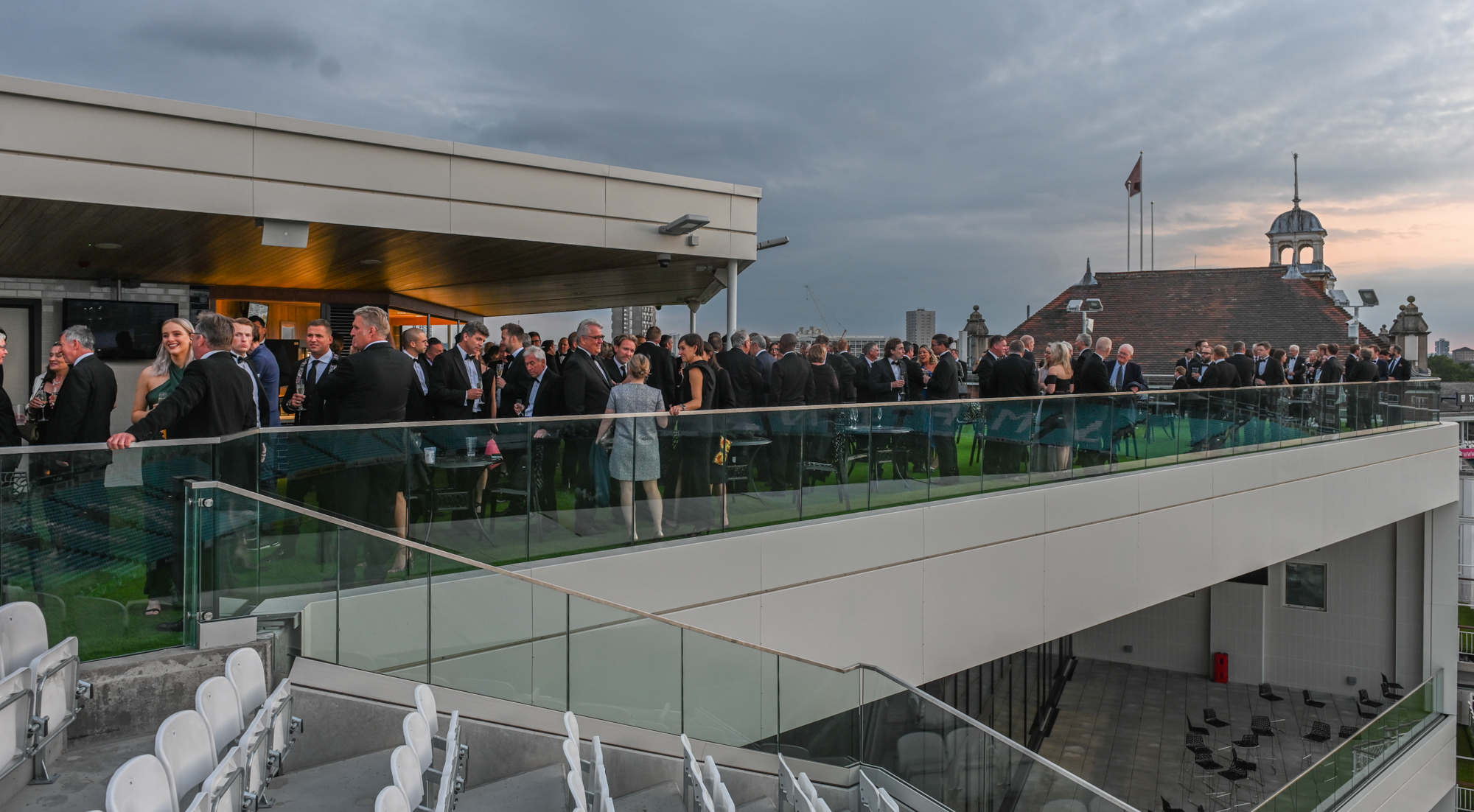 The inaugural Clays Sports Writing Award was won by Ed Caesar’s excellent The Moth and the Mountain, delighting a judging panel, chaired by Clare Balding.

“It’s been a real pleasure to judge an outstanding and varied group of books for the Best Sports Writing Award for 2021. The Moth and the Mountain was a great winner and I hope people will read this tale of daring adventure. I’m delighted that the National Literacy Trust are the charity of choice as they do a wonderful job of increasing access to books and spreading the joy of reading”

'I’m delighted to have won the iPRO Hydrate Sport Health and Fitness Book of the Year award alongside some brilliant nominees. This award is particularly special as it’s voted for by the public and
I thank everyone that’s supported the book. This book was a challenge that I undertook during lockdown and although it’s business lead, it’s focus is on mindset, achieving goals and a will to win.

At times it almost felt like a personal counselling session and enabled me to learn a lot about myself and how to determine what ‘success’ really is. Thanks to Hodder & Stoughton for taking on the challenge with me and I look forward to the autobiography when I’m old and grey-er'.

The inspirational Muay Thai world-champion, Ruqsana Begum, won the prestigious Telegraph Best Autobiography of the Year Award with Born Fighter. Ruqsana’s book reveals that her toughest battles have taken place outside the ring: hiding her passion for fighting from her parents, suffering with ME in her daily life, losing her identity during an arranged marriage – and then finally, breaking free. 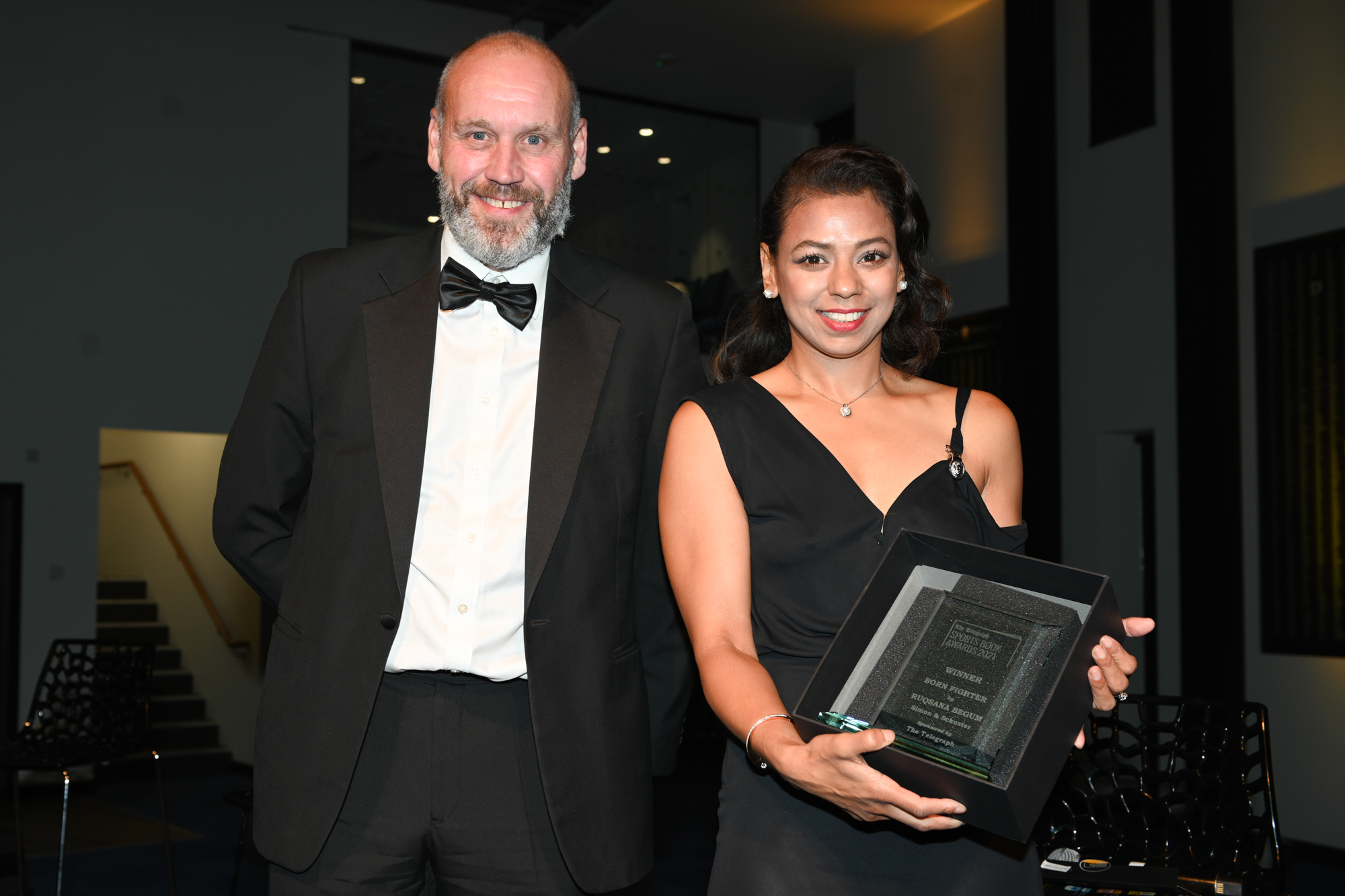 The Telegraph Sports Book Awards are delighted to have once again teamed up with the National Literacy Trust as official charity partner for 2021, and as a partner on the Children’s Sports Book of the Year. This year’s award went to former Welsh and British Lions Rugby International James Hook & David Brayley for Chasing a Rugby Dream.

The National Literacy Trust is a charity dedicated to improving the reading, writing, speaking and listening skills of children who need it most, giving them the best possible chance of success in school, work and life. Over the past 20 years, the charity has improved the literacy skills of more than a million children through the power of sport.

In a massive year for football, The CLOC Football Book of the Year chronicled the rise and fall of French Football, Sacre Bleu : Zidane to Mbappe. With a foreword by fellow winner Arsène Wenger, this year's Best Sports Book of The Year winner, and interviews with leading figures in French football, Spiro asks what went wrong for France and what, ultimately, went right.

"Despite the most difficult of environments for writers and publishers, 2020 will be remembered as a great vintage for football writing, one of the best and richest on record. This was reflected in both the FWA jury's longlist and shortlist, perhaps the most diverse in terms of themes, genres and writers since the FBOTY Award was launched.

There was a clear winner in the end, a near-unanimous choice: Matt Spiro's Sacré Bleu (Biteback Publishing), which managed to weave within a superbly-written account of the rise of Les Bleus as a major force - perhaps the - major force in world football from the Zidane-inspired 1998 World Cup win to the present day, with a sharp and superbly-documented analysis of what their success meant for French society at large, and how it has contributed to re-define French identity.

Yet, whilst it dealt with subjects which would normally be the preserve of sociologists and political analysts, Sacré Bleu remained a great read, the kind of book you leave with regret and are happy to be re-acquainted with. It is a worthy addition to the superb roll of previous FBOTY winners. It also demonstrates, along with the titles which made up longlist and shortlist, how football writing is as vibrant as it has ever been."

The Pinsent Masons International Autobiography of the Year was awarded to Barry Geraghty for True Colours. His autobiography is about resilience, the mental strength required to enable the great to continually prevail against ever increasing odds - a must-read for all sports fans.

The Heartaches Cricket Book of the Year sponsored by long time friend of the late Bob Willis and long term supporter of the Sports Book Awards, Sir Tim Rice was given to Ashley Gray’s Unforgiven The Missionaries or Mercenaries.

The Illustrated Book of the Year brings together the most beautiful and original visualisations of sport. We asked the judges to critique these books by their covers and stunning imagery throughout. Winner of this year's award is Daniel Melamud with This is Cricket, aptly presented in this year's cricketing venue, The Kia Oval, Home of Surrey County Cricket.

The final people’s vote category for Sports Entertainment Book of the Year was won by comedian Paul Tonkinson’s hilarious and inspiring book about running and redemption, 26.2 Miles to Happiness.
The Vaaru Cycling Book of the Year was won by Matt Rendell’s Colombia Es Pasion, in a category overseen by, among others, BBC Sport’s Olympic Cycling commentary team Jill Douglas & Simon Brotherton.
The 19th Sports Book Awards was sponsored for the third time by The Telegraph and hosted by Sky Sports Golf Presenter Sarah Stirk during Ryder Cup week. The awards also paid tribute to the late former England Cricket Captain and Sky Sports presenter Bob Willis, brother of our Chairman David Willis and a huge supporter of the awards.